admin
Georgia based country rap duo The Lacs have returned with a brand new video for "High School Hallways" featuring Danny Boone from REHAB. The video was directed by Matt Trees and captures the familiar feeling and memories that come flooding back when revisiting the high school years later. The song appears on The Lacs new album "Rise and Shine", which was released by the group's own label Dirt Rock Empire.

The Lacs new album "Rise and Shine" is a 12-pack of country infused anthems that undoubtedly will be the soundtrack for cold beers and riding through the backwoods in big trucks. For the album, The Lacs enlisted the help of their friends Nate Kenyon, Danny Boone, and Hard Target to mix up a potent batch of their own brand of musical moonshine.

The Lacs career trajectory accelerates with every new album and beat. The country duo has managed to wrangle up over 100 million Youtube views, another million digital tracks sold and 700,000 albums scanned, rank routinely among the Top 25 streaming country artists on Pandora, and have spent 175 cumulative weeks on Billboard's Country Charts throughout their career. The Lacs breakthrough single "Kickin' Up Mud" has been considered a classic track, tallying over 26 million views on Youtube, and has since inspired a plethora of copycats that have jumped on the country rap bandwagon. The group connects with their fans by touring relentlessly for over 150 dates a year.

In 2017 The Lacs went on to create their own label Dirt Rock Empire and launched it with the compilation album "Dirtbagz, Vol. 1" that spawned the group's biggest hit "Dirt Road Dollars" featuring Nate Kenyon. The song has gone on to become an anthem for blue collar America and generated over 30 million spins on Youtube, and then another 15 million spins on Spotify. Dirt Rock Empire has quickly become one of the hottest independent labels and helped to empower their artists such as Crucifix, Nate Kenyon, Hard target, and Wess Nyle. 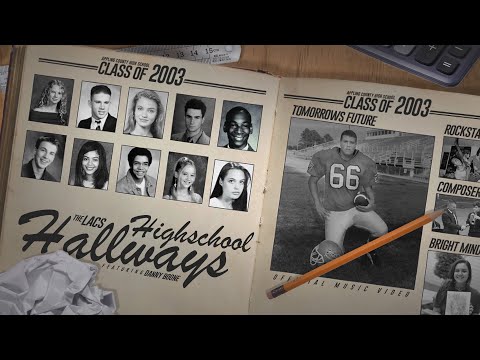 Georgia based country rap duo The Lacs have returned with a brand new video for "High School Hallways" featuring Danny Boone from REHAB. The...